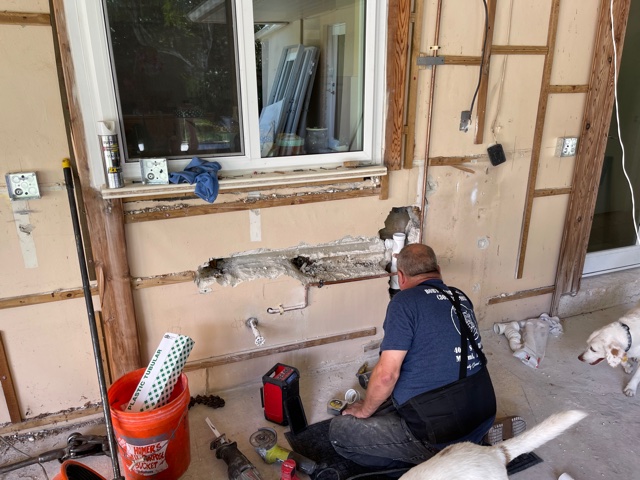 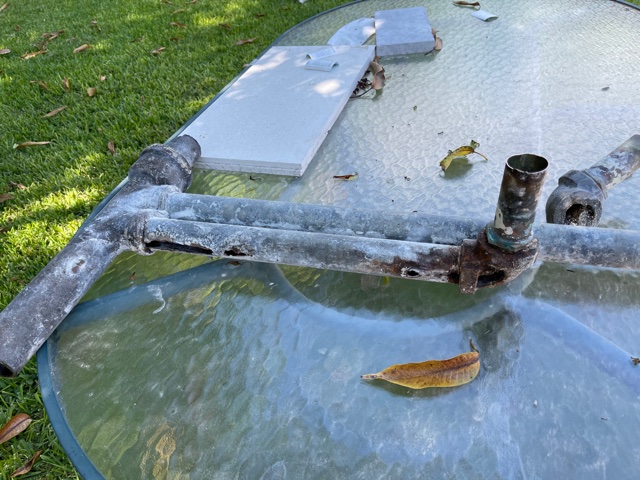 The difference between cast iron and ductile iron is ductile iron forms graphite nodules rather than flakes. So, ductile iron is more castable and elastic. Then, PVC pipes came along which were cheaper to manufacture. Now, let’s discuss the relationship between South Florida and cast iron pipes. 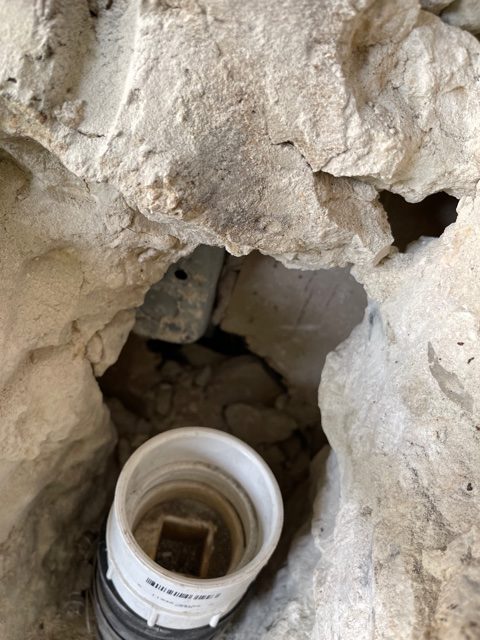 When cast iron was initially used, it was expected to last for over 100 years. In reality, cast iron has a life span of about 40 to 50 years. Even then, cast iron starts to fail around 25 years because of water and salt content.

It is important to replace cast iron pipes before they start to leak and cause serious destruction. Replacing cast iron before major water damage is a great solution and can help prevent system failure, internal structural damage, toxic/contaminated water, and recurring problems. 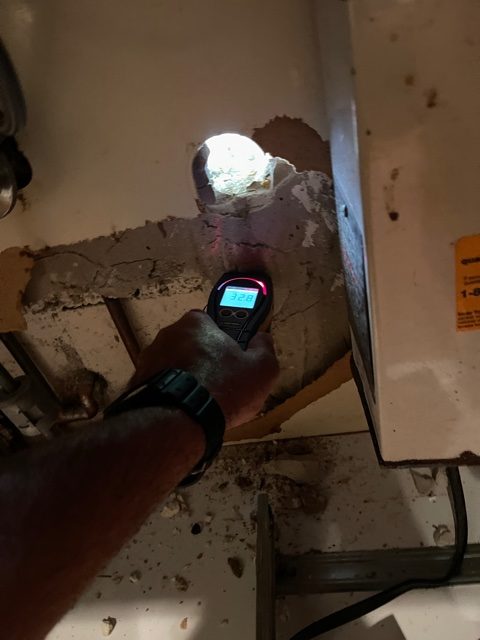 Throughout the entire state of Florida, cast iron pipes are corroding. Waterfront areas are even more at risk because of the salt, ocean breeze/air, and moisture-rich environment. Corrosion causes rust to get into the water system which can cause serious health risks for people. When water is contaminated it is unpleasant tasting and smells bad.

Over some time, cast iron became coated to make it last longer. The problem is that they used coal tar and bitumen to coat cast iron. As a result, polycyclic aromatic hydrocarbons (PAHs) fall into the drinking water supply. PAH poses a potential cancer risk to humans. 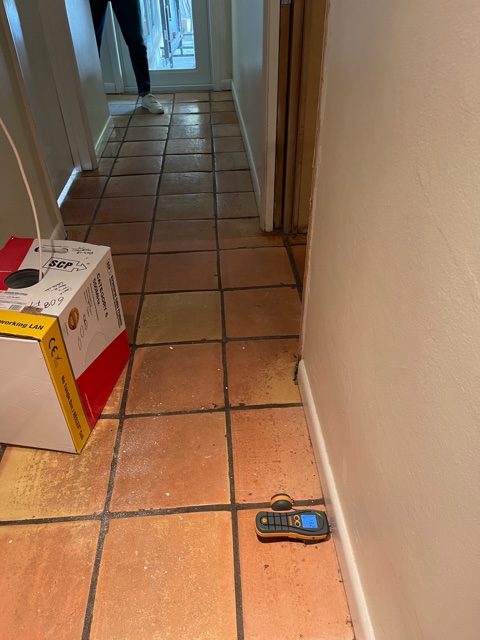 Cast iron is a metal which means that it rusts. Over time, the rust will disrupt the flow of water and lead to corrosion. After a pipe becomes corroded, leaks and bursts start to occur. It is better to prevent this ahead of time, even if it is costly because a serious leak will be even costlier. 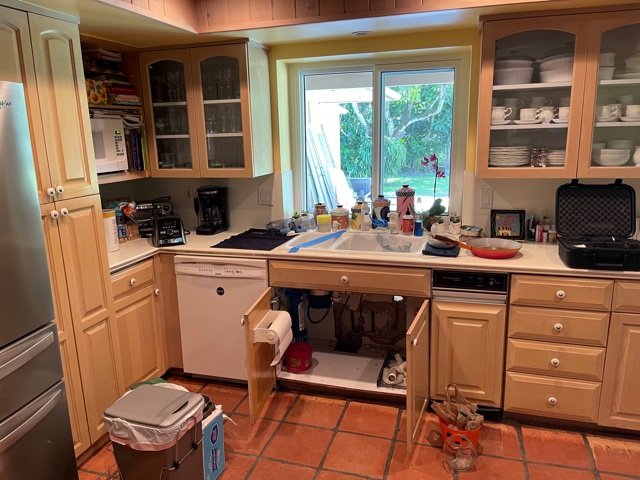 Leaks from pipes are even worse than a roof leak. Since many of these cast iron pipes are sewage pipes it will cause category 3 water damage and expose people to harsh/dangerous chemicals, pathogens, bacteria, fungi, and other harmful substances. 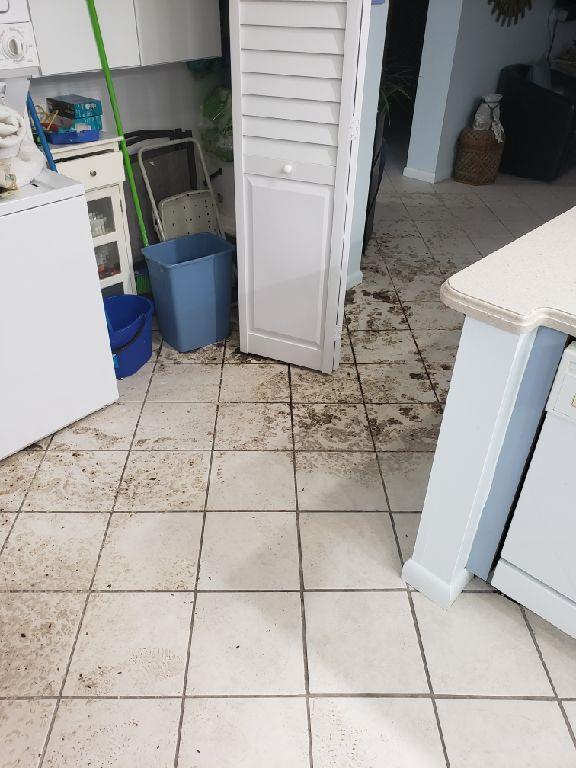 Also, a cast iron pipe leak is a problem that will get ugly fast. Water damage can turn to mold in as quick as 24 hours. It is important to remember that the source of the problem must be corrected before mold remediation can begin.

Tip: DO NOT HIRE a mold remediation company that will be willing to remediate mold without first correcting the leak. 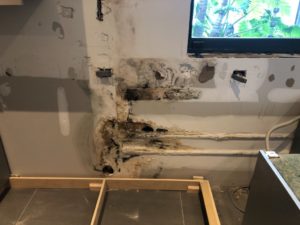 Trust BioResponse Restoration! We have been in the mold remediation and water damage restoration business for over 15 years. Experience and reputation are key. We have seen it and done it all. Only hire licensed and insured mold remediation experts. Don’t take our word for it. Check out our reviews on Yelp.

Check out our SERVICES PAGE

The people, especially the lead Manny Pozo, was professional and personable. They used more time and equipment than estimated to dry out a troublesome are that concerned me and never once even suggested increasing the bill. They went well beyond my expectations.

Professional, forthcoming and quick response. After hurricane Michael there were lots of vultures and low life’s trying to take advantage of the victims. Nicolas responded quickly completed the quote, which was below what I expected, and they stuck to it. Manny responded with his crew and completed the remediation in a timely, safe, clean and professional manner. The major thing they did was showed concern for safety, compassion for the victims and respect for you and your property. Great Job, Thanks!

I had a noticeable leak in my ceiling and I called BioResponse to come assess the damage. Manny made an appointment with me immediately and was at my house the next day. The work by this company is neat, professional and fast! I highly recommend them!

If you or someone you know has a Water, Mold, Fire or Biohazard emergency, BioResponse Restoration is the company to call!